The one who believes in you. 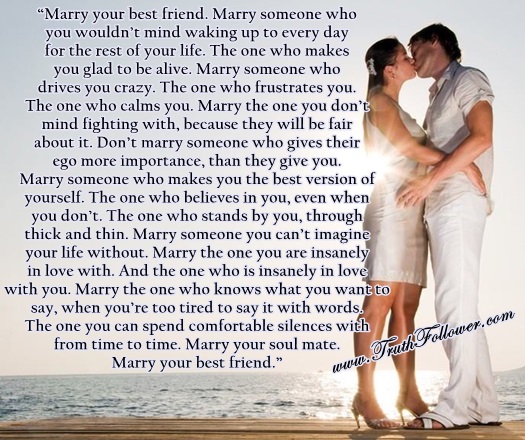 "The one who knows what you want to say, when you're too tired to say it with words..."

"You may be the only person left who believes in you, but it's enough. It takes just one star to pierce a universe of darkness. Never give up." -Richelle E. Goodrich

I love being married. It's so great to find that one special person you want to annoy for the rest of your life. -Rita Rudner

Marriage is like a song, where the Lord's sweet melody of love comes from two hearts joined as one, husband and wife.