Believe without finding out the truth

It sickens me that there are people
who lie and make themselves look
good while they destroy someone's
reputation because they're jealous
& people believe them without
finding Out the truth. 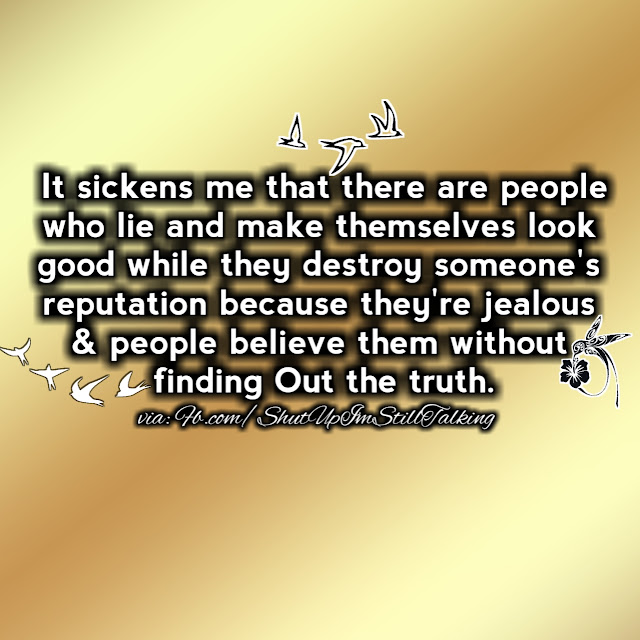 There's two sides to every story but I will never be perfect can only be the best me as possible I'm human.
If someone tries to discredit you an your friends know you then they know the truth an wont believe the lies thats a true friend.
That’s nothing new. Perhaps if people would distance themselves from people who do this, it would eventually catch on and stop completely. Karma will come their way.

They do that to make them self look good in reality they are jealous of you. I don't care what people say, I know and own who I am.
By Truth Follower
Email ThisBlogThis!Share to TwitterShare to FacebookShare to Pinterest
Labels: care, Faith, trust
Newer Post Older Post Home