Marry for the rest of your life. 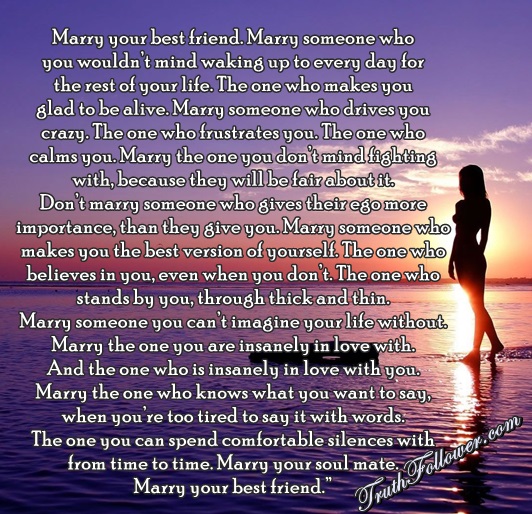 Marry someone who can support you financially, emotionally & spiritually. Marry someone who understands you fully & who you can stand looking at everyday for the rest of ur life. Marry someone who you think you can't live without that person right at your side. Marry someone who thinks of you first than think of himself alone. Marry someone who just don't sit down & wait to be told what to do next. When your scrambling with your daily chores. I can just go on & on & on to find that someone that i'd like to marry if given the chance to do it again.
This is the only way, Anything else would be never do. It has to be my soul mate, the One and only Love of my Life.