Learn to Respect each other

We don’t always have to agree with one another but it’s important that we learn to respect each other. - Rubyanne 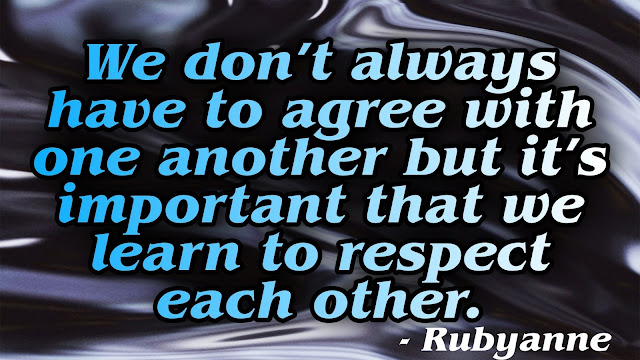 First you have to respect yourself then When you give respect, you get respect. Respect is so important but sadly some dont know the meaning of respect.

Let’s face it. It’s a fact that we won’t like everyone who comes into our lives. That’s okay because we’re humans. So let people go gracefully. Don’t be petty and don’t say nasty things about them. Be mature about it. Take it in good spirit. We all have our likes and dislikes! 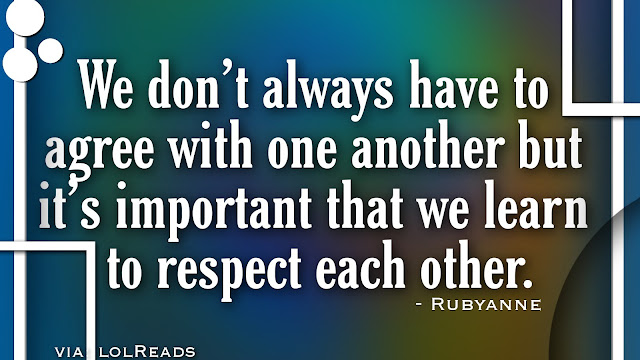 Respect is earned. Your actions and words determine whether or not you are given respect. Respect has to be earned to get respect, it works both ways.

But first one has to have respect for themselves - which is lacking these days! Respect is very important we must practice it every day and to everyone.