Don't ever believe the lies

Unfortunately people are quick to believe anything they are told without finding the facts. 🤔

Some people lie so much they believe their telling the truth and think you’re crazy for not believing them.

People like to spread lies because they can and lies hurt everyone involved .if they would just tell the truth it be so much better so please stop lying it hurts 😪

Lies spread like wild fire and some people would rather hear the lies when they know the truth. 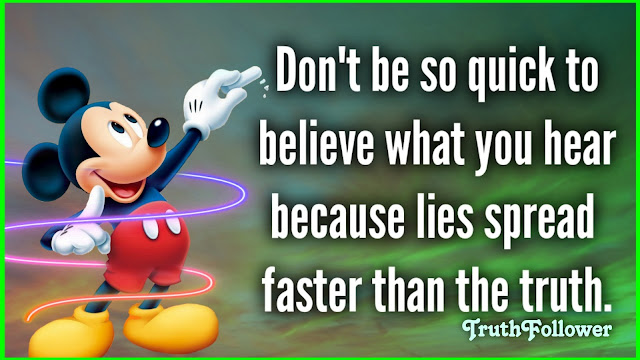 People shouldn't tell lies on people because we each & evey one has a judgment day coming where we have to answer.

I love God because he tells me the truth. You can't believe in the world only in what God tells you.

The truth is ready. Don't ever believe the lies especially when it is done behind your back. Some lies destroys people for no reason at all. 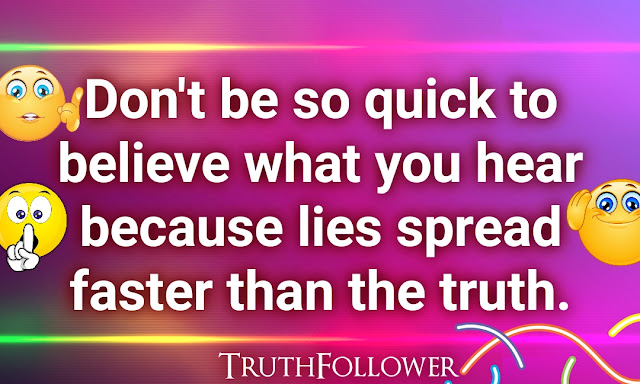 Lies spread like fire and get along time to bring it down. So if you hear it first make sure to check it before you spread it.  Don't believe half of what you see because it could be just a show...!!!